Want the keys to the family car? We’re here to help. 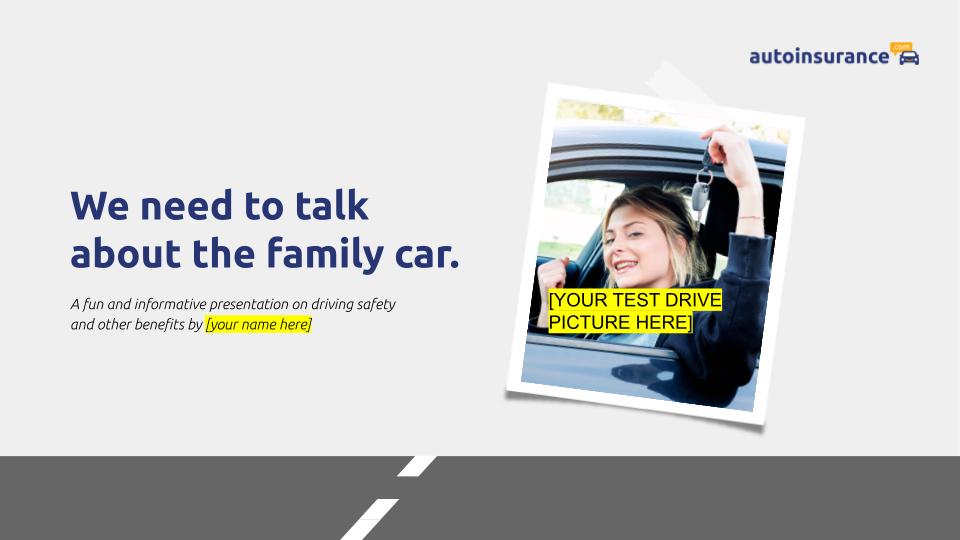 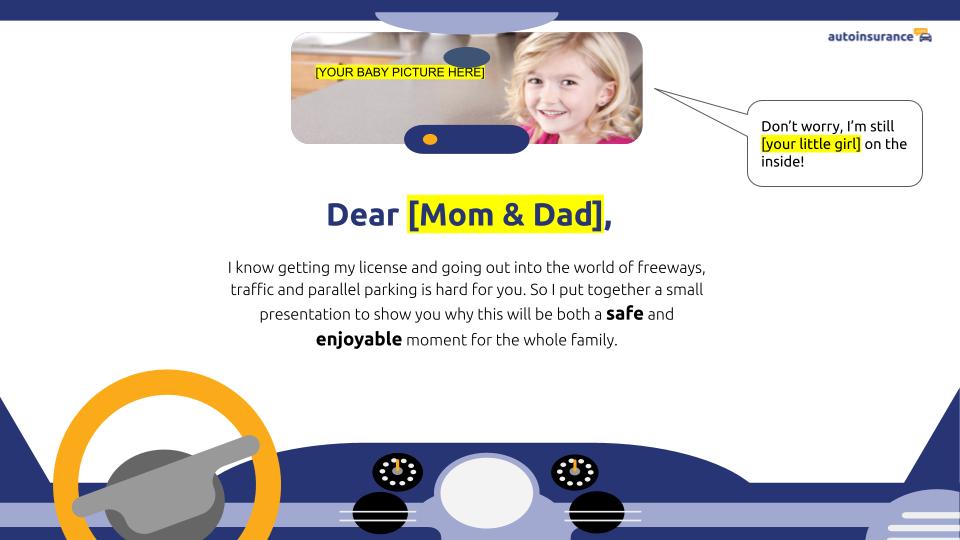 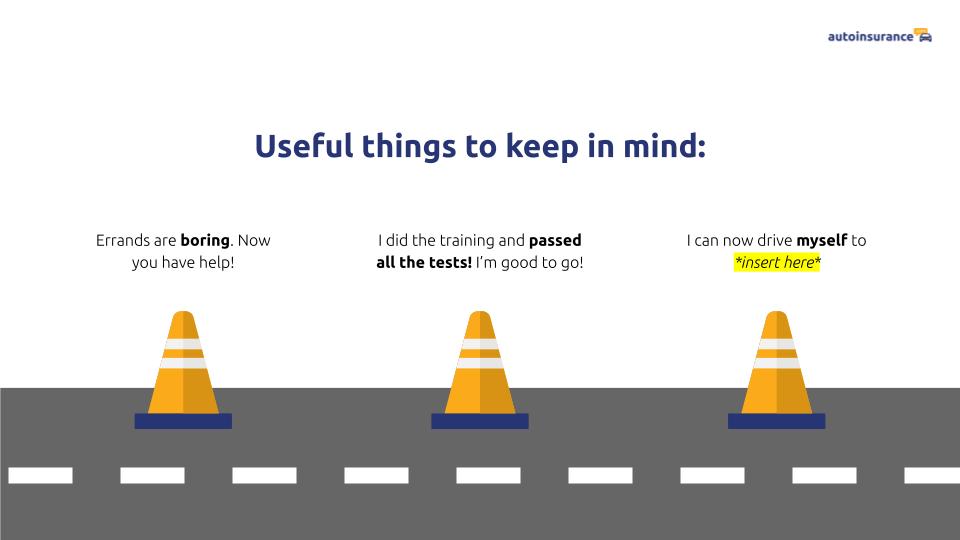 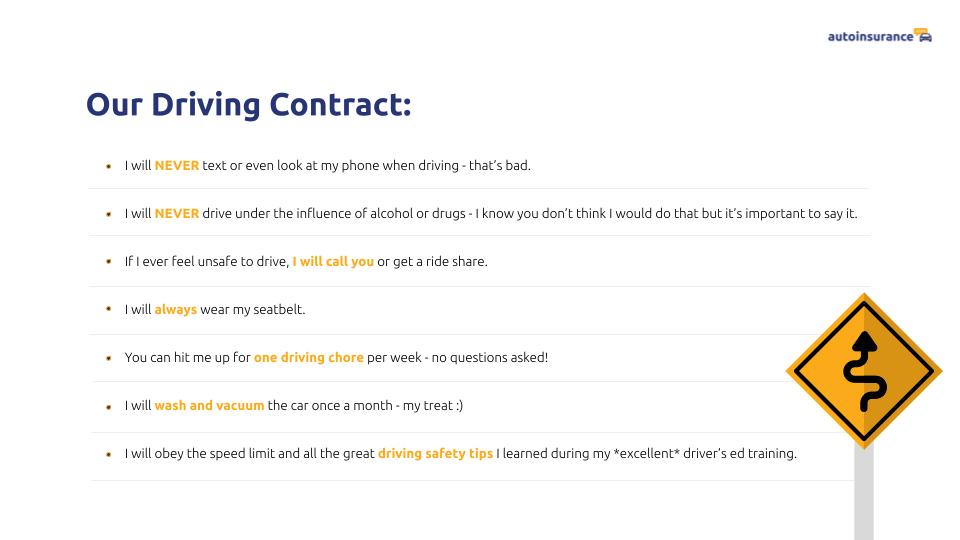 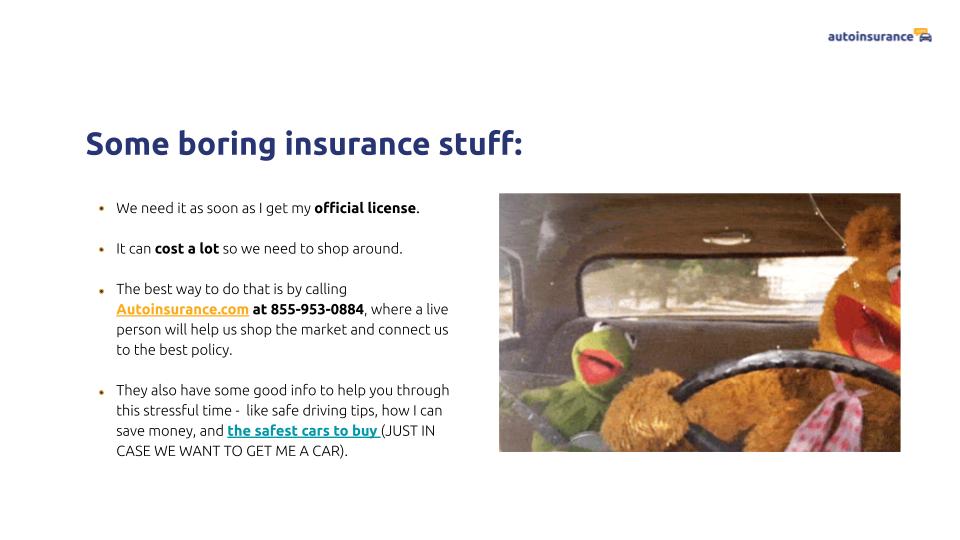 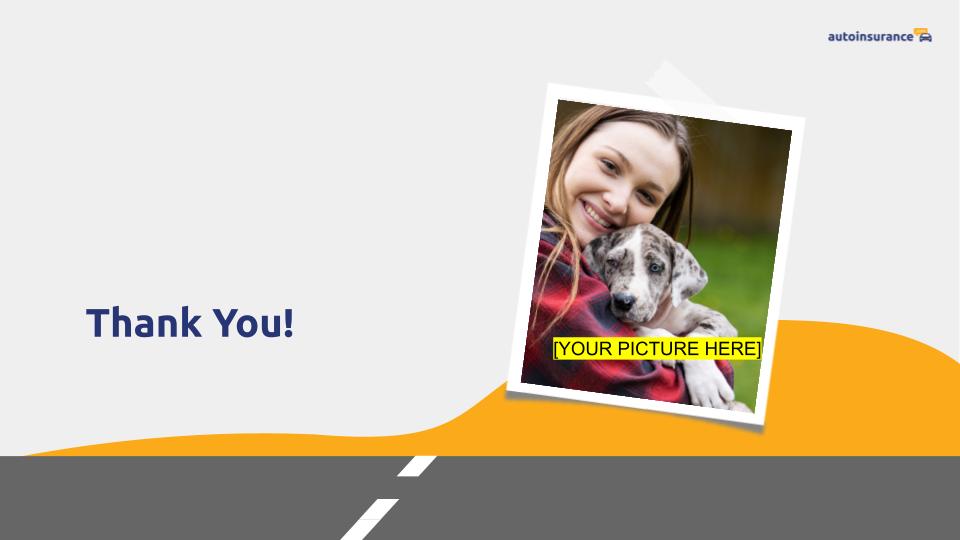 Persuade your parents with a polished presentation

Maybe you just became eligible for a learner’s permit, or maybe you’ve already passed your driver’s license test, just like in that Olivia Rodrigo song. Congratulations! But now, it’s time for the real challenge: convincing your parents to let you drive the family car.

The truth is that even though you’re allowed to drive legally, some parents have trouble letting go, figuratively and literally. And to be honest, they have some valid reasons for concern: teens are three times as likely to be involved in car accidents compared to those 20 and older.1 It’s not your fault: you’re a less experienced driver, and with that lack of experience comes a greater likelihood of accidents. That being said, you crave the independence that driving a car would bring. What is a teenager to do?

We Made a Presentation So You Don’t Have To

They say presentation is everything, which is why we made a customizable presentation you can show your parents. It’ll convince them that you’re not a statistic and are instead a safe and responsible driver, more than worthy of driving their car. We thought of everything:

Customize the presentation with cute photos of you (baby pics are a must), plus stipulations of a parent-teen contract you’re willing to agree to, like maybe not driving with that friend they’ve always hated. Your parents will be so impressed they’ll practically throw the car keys at you!