Rates of car theft vary greatly depending on where you live. Should you be concerned?

Get car insurance in your new state.

Picture this: You’ve just had a long day of shopping at the mall and you’re exhausted. With several bags in hand, you return to the parking lot and look for your car. Even though you remember the spot you parked in, your car isn’t there. You pinch yourself. No, this isn’t a nightmare — it’s very much your new reality.

Car theft can happen to the best of us, and if you live in certain states, you have an increased chance of your car being stolen. Here are the states where car theft happens the most, some risk factors to be aware of, and how you can avoid being a victim.

Most Common States for Car Theft

According to the most recent FBI data, Colorado has the highest rate of auto theft, at 524 thefts per 100,000 inhabitants. Washington, D.C., comes next, followed by New Mexico, California, and Missouri. Find where your state falls in the chart below. 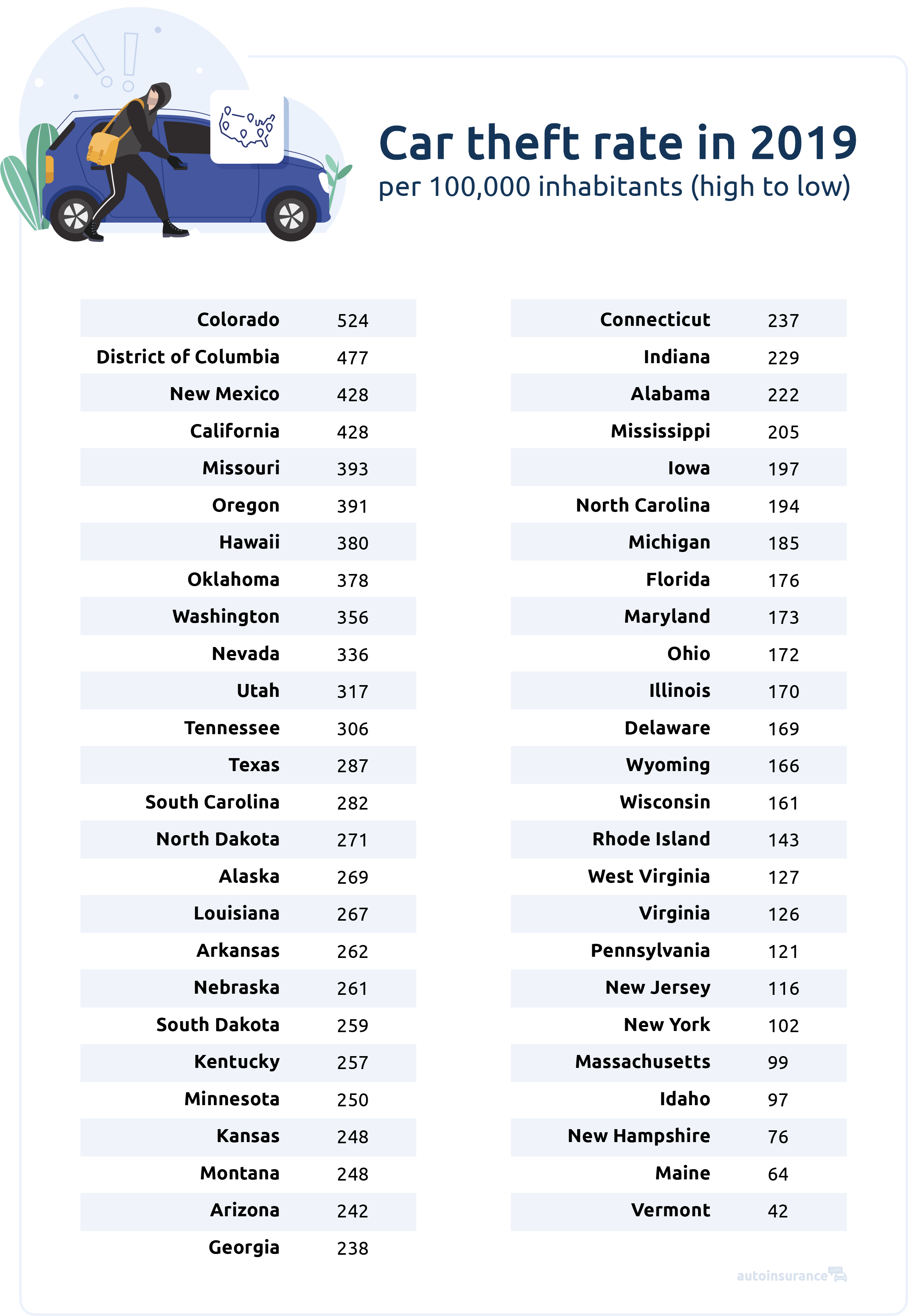 In contrast to Colorado, Vermont saw only 42 thefts per 100,000 residents, a rate 480 percent lower than the national average. In general, the Northeast has lower auto theft rates compared to the West. That’s because people in the Northeast have more access to public transportation and are less dependent on cars2.

But why is there so much variance between states when it comes to car theft?

If you took AP Statistics, you may remember that correlation does not mean causation. That said, these factors correlate with higher rates of car theft and may be why your state has an increased or decreased risk.

Here are the types of cars most stolen in 2020, according to the latest data from the National Insurance Crime Bureau (NICB). 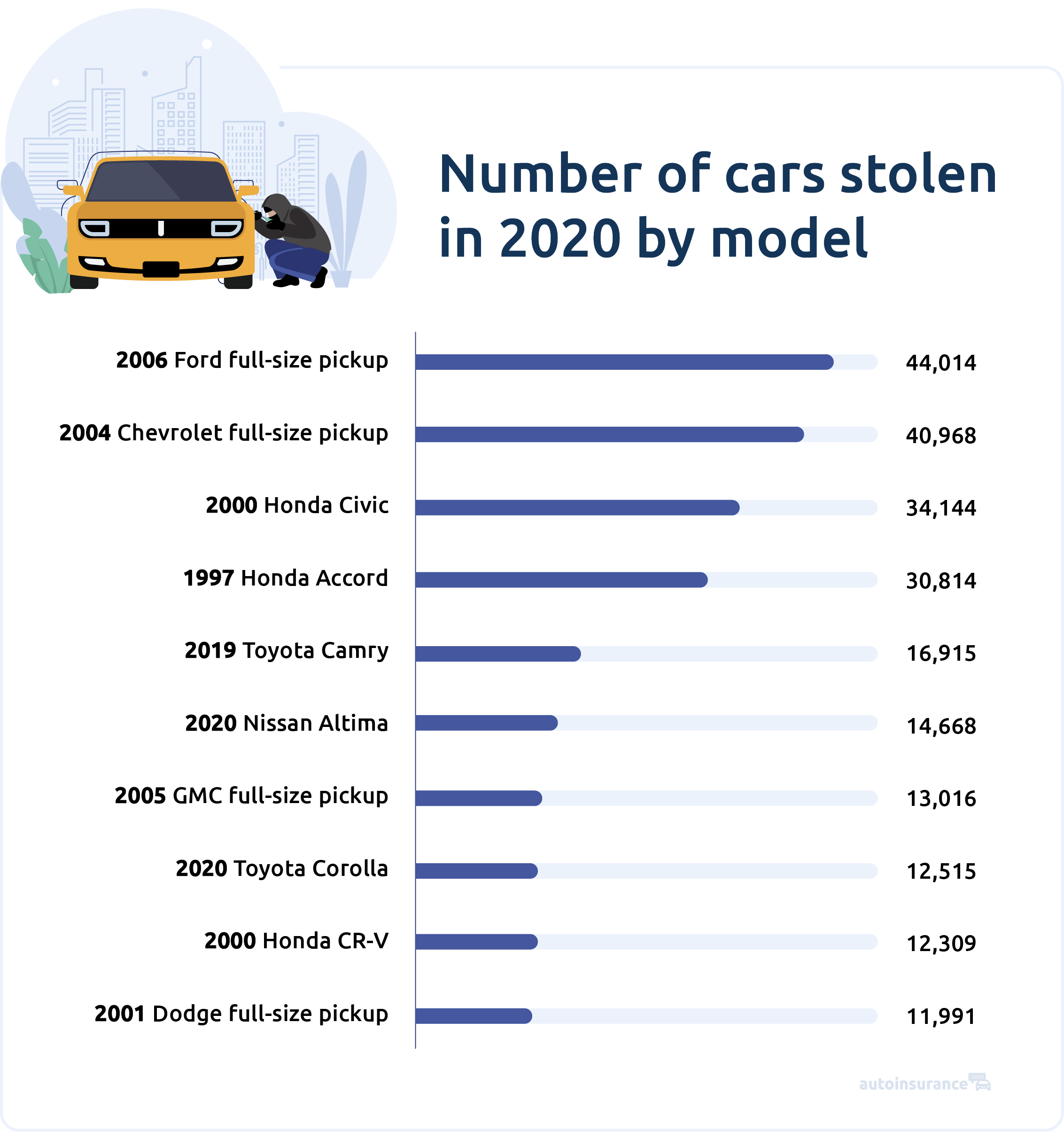 In 2020, the most common model year for stolen vehicles was 2007. Older cars are generally easier to steal compared to newer models because they lack modern anti-theft devices.

Now you’re probably wondering: Does car insurance cover theft? The answer is yes, but only if you have comprehensive coverage.

Comprehensive coverage is an optional coverage that applies to vehicle damage from events other than collisions. Not only does it cover theft, but it also covers vandalism and weather-related events like hailstorms.

Note that comprehensive coverage isn’t legally required in any U.S. state. And even if you have it, it doesn’t include coverage for the following aspects.

The best way to mitigate your losses in the event of car theft is to have the right insurance coverages in place as soon as you buy or lease your car. Of course, there are also steps you can take to lessen the chance of becoming a car theft victim in the first place.

Car theft isn’t inevitable, but you can increase your chance of avoiding it by taking a few preventive actions.

Install motion-activated lighting around your home to catch any would-be car thieves in the act.

Whether you live in Colorado, Vermont, or somewhere where the rate of car theft falls between those highs and lows, the best defense is a good offense.