No-fault insurance is coverage that pays medical expenses for a driver and passengers in any auto accidents. In so-called no-fault states, this means that even if a car accident with another driver is your fault, each driver files medical claims with their own insurance providers, not the other party’s. While “no fault” sounds positive, no-fault laws have led to more fraud, more lawsuits, and higher auto insurance costs in Florida.

Will the no-fault laws be overturned, or will Florida drivers continue to pay high rates for auto insurance compared to the rest of the U.S.?

Let’s take a step back and define what no-fault auto insurance is in general. 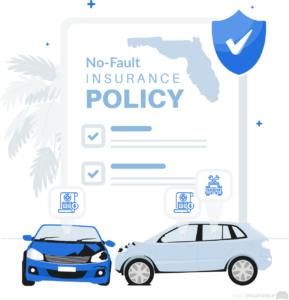 What Is No-Fault Insurance?

No-fault insurance means that each party covers their own medical costs, regardless of whose fault the accident was. Coverage of these costs is also called personal injury protection, or PIP. In Florida, PIP coverage pays only for the first party, the person on the insurance policy. The at-fault driver will still need to pay for the other party’s property damage, just not their bodily injuries.

How Does No-Fault Insurance Work?

What It Doesn’t Cover

To cover what no-fault insurance does not, you’ll need collision and comprehensive coverage, which are not required in the state of Florida (or any state, for that matter).

Pros and Cons of No-Fault Laws in Florida

No-fault insurance laws in Florida have more negatives than positives for all drivers.

Clearly, people prefer a lower cost of auto insurance. Is the Florida Legislature doing anything to keep costs to a minimum?

When it comes to Florida’s no-fault auto insurance laws, we have some good news followed by some bad news. In April 2021, the Florida Senate passed legislation that would repeal no-fault legislation. Specifically, this is what the legislation would have done:

In other words, this legislation would have changed Florida from a no-fault state to an at-fault state.4

But notice that we’re writing in the conditional tense. That’s because, in June 2021, Florida’s Gov. Ron DeSantis rejected this bill, keeping Florida as a no-fault system.5 So don’t expect lower prices for auto insurance anytime soon.

Why Was My PIP Claim Denied?

So you got into an accident and filed a PIP claim, and your insurance provider denied it. There are a few possible reasons for this denial. 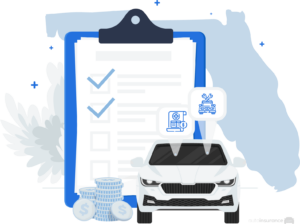 If you’re seeking car insurance in Florida for the first time, familiarize yourself with Florida’s minimum car insurance requirements:

If you can afford it, buy more than the minimum coverage required in Florida. We recommend full coverage, which includes bodily injury, comprehensive coverage, collision coverage, and coverage for uninsured or underinsured motorists.

Florida isn’t the only no-fault state in the U.S. — far from it. Here are the other states with no-fault auto insurance laws:

In the following states, drivers can choose between at-fault and no-fault coverage:

If you want even more information about Florida car insurance, read about cheap car insurance in Florida, auto insurance for Florida seniors, or whether you need insurance to register a car in Florida.

Although Florida’s minimum auto insurance requirements are relatively minimal for the U.S., it’s still one of the most expensive states for auto insurance. That’s why it pays to do your research before you pay for a policy.