The State of Hit-and-Runs in the U.S.

These illegal incidents affect 2 percent of all licensed drivers.

A hit-and-run is when someone hits someone else’s car and then leaves the scene of the accident without exchanging any information. A hit-and-run could increase your car insurance rates, even if the collision wasn’t your fault. And if you lack the proper coverage, you may have to pay for injuries or property damages out of pocket.

Hit-and-runs are relatively common in the United States, according to the most recent data available from the National Highway Traffic Safety Administration (2019). Analyzing other federal data, we found these statistics:

How Common Are Hit-and-Runs? 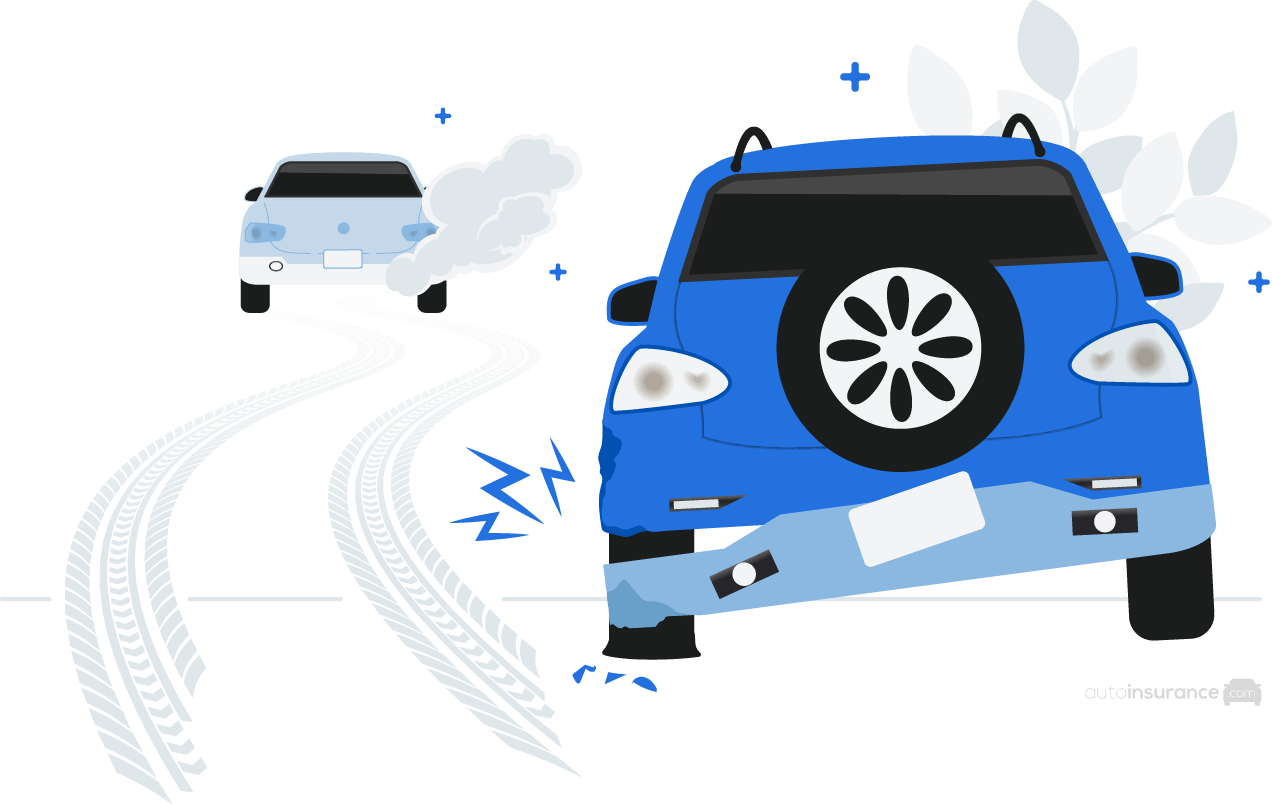 Out of these accidents, 73 percent resulted in property damage only, 27 percent were injury only, and less than 1 percent were fatal.

Fatal hit-and-runs are more common in certain areas than others, according to the latest data from AAA and the U.S. Census Bureau (2016).

New Mexico, Nevada, Florida, Louisiana, and South Carolina have the highest rates of fatal hit-and-runs. The states with the lowest per capita rates are Wyoming, South Dakota, Washington, Utah, and Nevada.

Why Do Certain Areas Have More Hit-and-Runs?

Multiple factors lead to a hit-and-run crash, from the number of pedestrians to the characteristics of the hit-and-run driver.

Most of the people killed in hit-and-runs are pedestrians, who aren’t protected by the body of a car.

Environmental factors such as lighting, the shape of roadways, and general surveillance can affect the likelihood of hit-and-runs. Areas with less lighting have more car accidents in general. The more visibility, the less likely someone is to commit a hit-and-run. In general, heavy-traffic areas with more surveillance have fewer hit-and-runs than darker, more private areas.

Another characteristic of many drivers in hit-and-runs was a history of DUIs, license suspensions, or high blood alcohol concentrations at the time of the arrest. DUIs correlate with male drivers: In 2019, 206 percent more men were arrested for DUIs than women. For men 65 and older, that number increases to 341 percent.

Men are also disproportionately killed in traffic accidents. Although men and women both make up 50 percent of all licensed drivers, men make up 71 percent of all traffic fatality victims.

The culprits in hit-and-runs often drive older cars, suggesting a lower socioeconomic status, according to AAA data. The costs of an at-fault accident could be high, especially for those who drive without insurance — property damage, bodily injuries, state penalties and fees, and possibly even years in prison. Therefore, many people flee the scene to avoid law enforcement and the costs of the accident, but they become guilty of a greater crime (a hit-and-run) by doing so.5

Collision coverage is another coverage that you could apply to property damage from hit-and-runs, although its main usage is for accidents you’ve caused. No state requires collision insurance, but it’s part of full coverage, along with comprehensive coverage, medical payments coverage, and liability coverage.

Hit-and-runs are a major reason why purchasing full-coverage car insurance and uninsured motorist coverage is essential. If you lack these coverages and only have the minimum coverage your state requires, you may have to pay for the costs out of pocket if you’re involved in a crash. To see more of our car insurance research, read about state driving statistics, the statistics on uninsured motorists, or the state of potholes in the U.S.