Why Do Men Pay More for Car Insurance?

Believe it or not, men pay more for auto insurance in 43 states.

Unfortunately, in the U.S., there’s no federal legislation mandating equal rights for all U.S. citizens regardless of sex, as the Equal Rights Amendment has yet to pass. That’s why, in 43 states, it’s legal for insurance companies to discriminate by charging more for insurance on the basis of the sex. But unlike in most other aspects of society, like in incomes, women are actually better off than men when it comes to auto insurance rates — the men pay more. What’s the reason for this disparity between male and female drivers?

Why Do Men Pay More for Car Insurance? 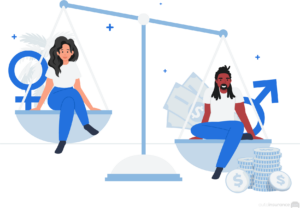 In short, men pay more for insurance than women because, statistically, they pose a higher risk to the insurance providers due to a few differences.

Despite being only half of all licensed drivers1, men made up 71 percent of all traffic fatalities in 2019, according to data from the National Highway Traffic Safety Administration. That means they’re 145 percent more likely than women to die in traffic accidents.2

It’s legal to determine car insurance rates on the basis of sex in every state except for California, Hawaii, Massachusetts, Michigan, Montana, North Carolina, and Pennsylvania.3

If you get a DUI, you may need an SR22 or an FR44, depending on your state, which are proof of liability insurance. People with DUIs on their driving records usually see higher auto insurance premiums than people with good driving records.

More Likely to Be Stopped by Police

While men and women were equally likely to have contact with police due to traffic accidents, men were 32 percent more likely than women to be stopped by the police in 2018.

In 2018, 1 in 4 men were stopped by the police while driving, compared with 1 in 5 women.5 That’s yet another reason women pay less for car insurance premiums.

Unfortunately for men, insurance companies set policy rates based on population statistics at large, not individuals. That means, even if all else is equal with their female counterparts, men are still likely to pay more than women for auto insurance.

How Men Can Save on Car Insurance Rates 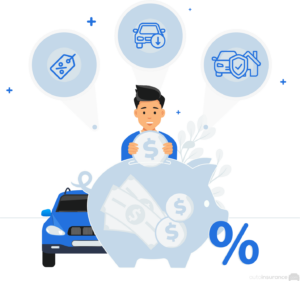 Short of undergoing gender reassignment surgery and aging past 25, when rates drop across the board, there are a few simple ways that men can save money on car insurance:

Of course, sex isn’t the only rating factor affecting car insurance costs. Age, marital status, and state requirements also come into play. To learn more, read our guide on the cost of car insurance. Although factors like sex and age are outside of your control, with a few simple actions, you can pay less for auto insurance premiums each month.