The State of Teen Speeding in 2022

Teen speeding is a concern for almost 80 percent of parents.

Find the Best Insurance for Your Teen.

Let our Perfect Policy Connectors shop the market for you!

How Common Is Speeding?

Teens are more likely to speed and to allow less distance between themselves and the car in front of them — a dangerous practice.1 Overall, 43 percent of drivers ages 16 to 18 speed, compared with 30 percent of the general population. However, teen speeding is more common for certain groups, in certain locations, and with certain driving behaviors.

Male teens are more likely to die in speeding accidents than female teens by a difference of 45 percent. This isn’t surprising, as men pay more for car insurance in most states because of their higher propensity for speeding and at-fault accidents. 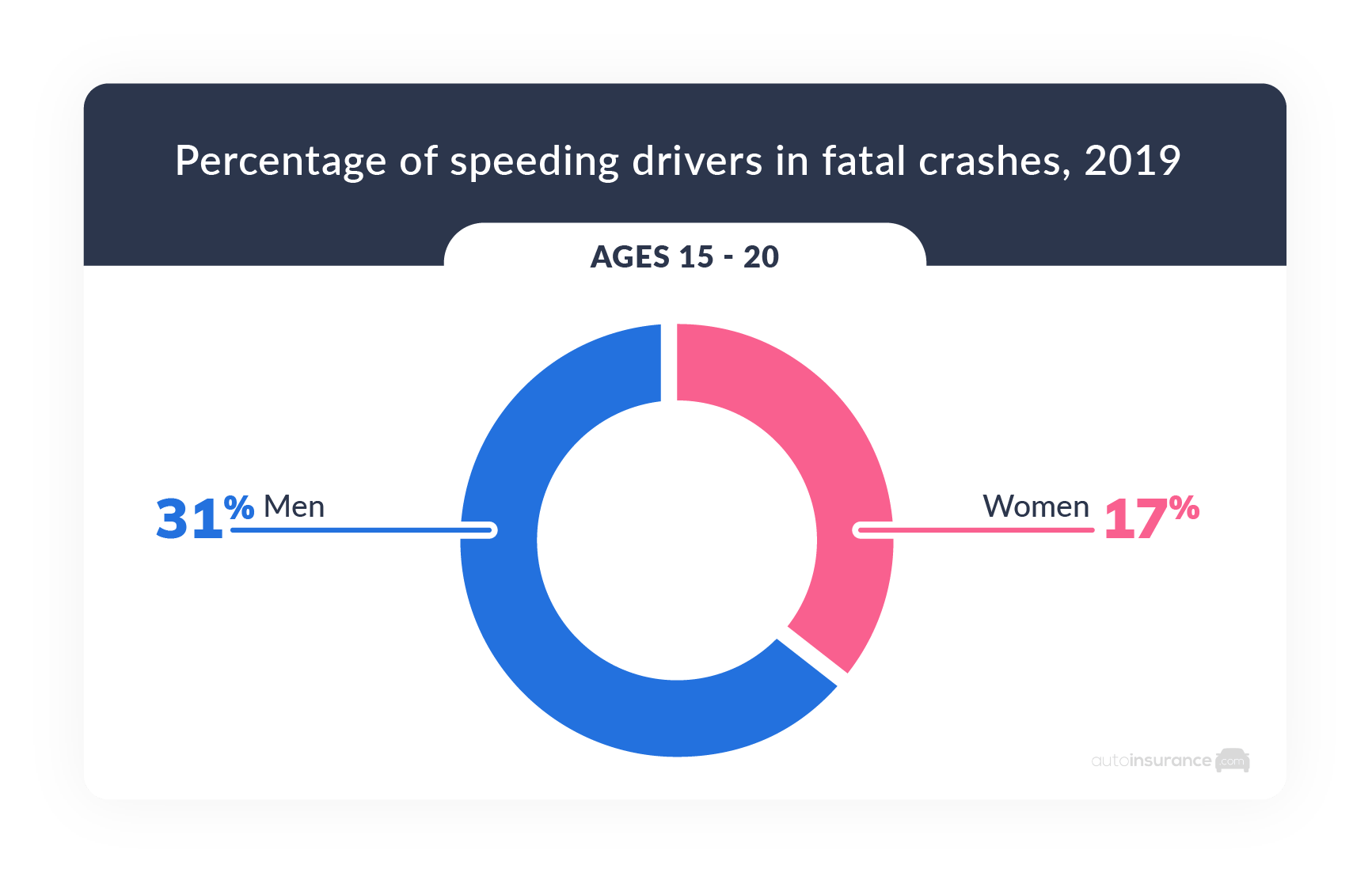 Mississippi has the lowest rate: In this state, only 1 in 5 teen traffic fatalities are related to speeding. 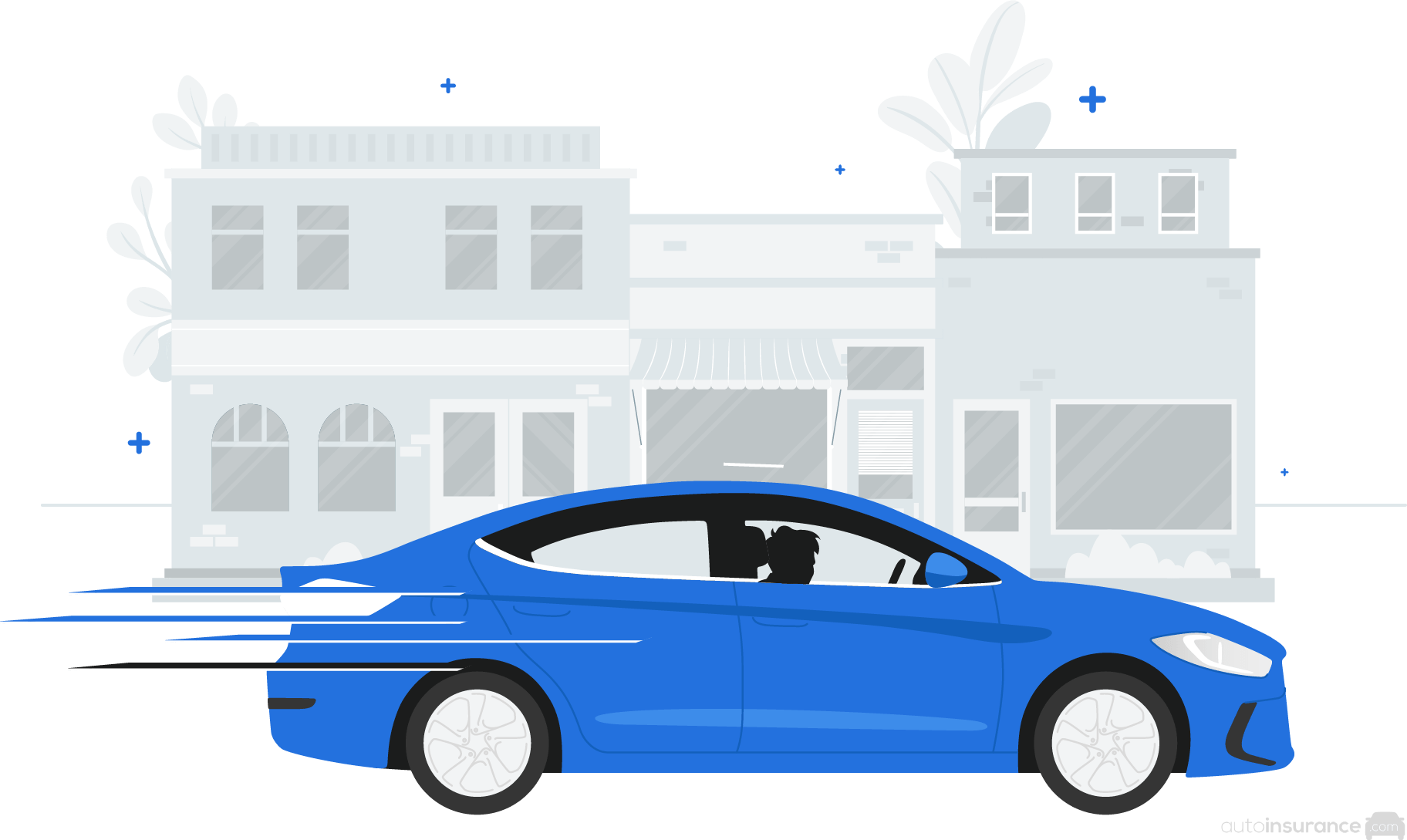 Only about 3 in 10 speeding-related fatal crashes for teens involve alcohol, which is the lowest percentage for any age group except 75 and older. However, we know that teen drivers have the highest crash rates of any age group, which implies that most of their crashes are not due to driving under the influence, but inexperience.

Teens are slightly more confident than parents about their ability to control speed.

According to our survey, 78 percent of parents are “slightly” to “extremely” concerned about teen driver speeding, while 1 in 5 aren’t concerned at all.

Why Is Speeding So Dangerous for Teens?

While speeding is dangerous for everyone, it’s worse for teens, because they have little driving experience and typically can’t react quickly to dangerous situations.

Teens are slightly more likely than the average across all age groups to crash fatally in roadway departures as opposed to rollovers. Nearly 7 in 10 speeding-related motor vehicle deaths of teens from 2015 to 2019 involved roadway departures. 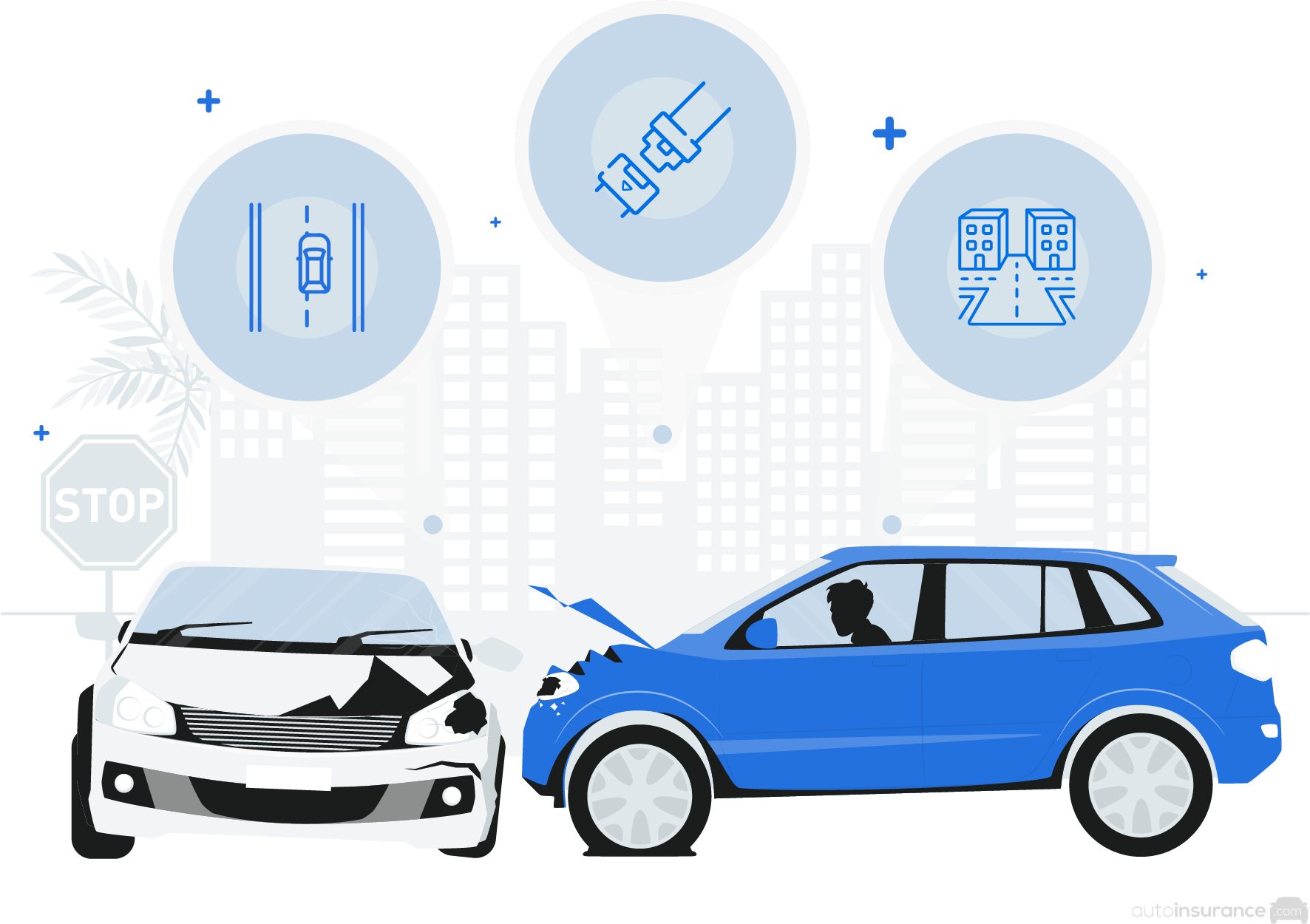 While most teens wear seat belts every time they drive, 16 percent do not, making injuries and fatalities more likely for them in crashes.

Most fatal crashes of teens that involve speeding occur on non-freeway arterial roads, at an average of 44 percent for 2015 to 2019. Specifically, 16- and 17-year-olds were most likely to die on collector or local roads.

If you want to protect your teen driver and their passengers, consider drawing up a parent-teen driving agreement for each of you to sign, or enroll them in driving school.

We conducted two surveys: one of parents and one of teen drivers ages 16 to 18.

The parent survey questioned 243 parents of teens ages 13 to 19 on SurveyMonkey from April 26 to May 3, 2022. Here are the ages of the respondents’ children by percentage:

We supplemented our original data with third-party research from these national organizations:

What age group crashes the most?

According to 2020 data from the National Safety Council, the age group of drivers that crashes the most is 16 to 19. They have the highest rate of all types of crashes, and of motor vehicle deaths due to crashes.

What behaviors that teenagers engage in may increase their risk of car accidents?

What is the leading cause of death among teens?

As of 2020, the leading cause of death among teenagers (ages 13 to 19) in the United States is unintentional injuries from accidents, including car crashes. The death rate is 17 per 100,000 teenagers, according to data from the Centers for Disease Control and Prevention.

According to the Insurance Institute for Highway Safety from 2019, teenage girls are better drivers than teenage boys. Male teens are 13 percent more likely to be involved in crashes than female teens.